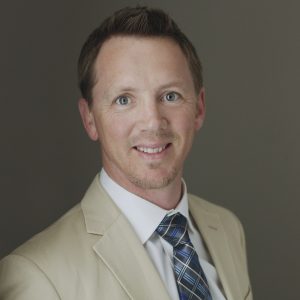 Dr. Dodd is an Oregon native, born and raised in Canby. After graduating from the University of Oregon in 1997, he spent time in Eugene working as an ophthalmic technician. Dr. Dodd has a passion for donating his time and talents, and was fortunate to participate in two overseas eye missions to Thailand in 2000 and 2006. The experiences were, in large part, what led him to pursue a career in ophthalmology.

After graduating from Midwestern University College of Osteopathic Medicine in Phoenix, Arizona he pursued his post graduate training in ophthalmology in Detroit, Michigan where he finished his residency as chief resident. He returned to Eugene, Oregon in 2011 and met and married the love of his life. He practiced there for almost four years before coming to Salem. He and his wife, Kristen Lentell Dodd, made the move to Salem in early 2015 to be closer to family as they start their own.

John and Kristen both love to travel and hope to continue to participate in third world mission work. They enjoy being active outdoors together. They are sports enthusiasts and John is a self-proclaimed Oregon Duck fanatic! The Dodds visit northwest restaurants and wineries whenever possible.